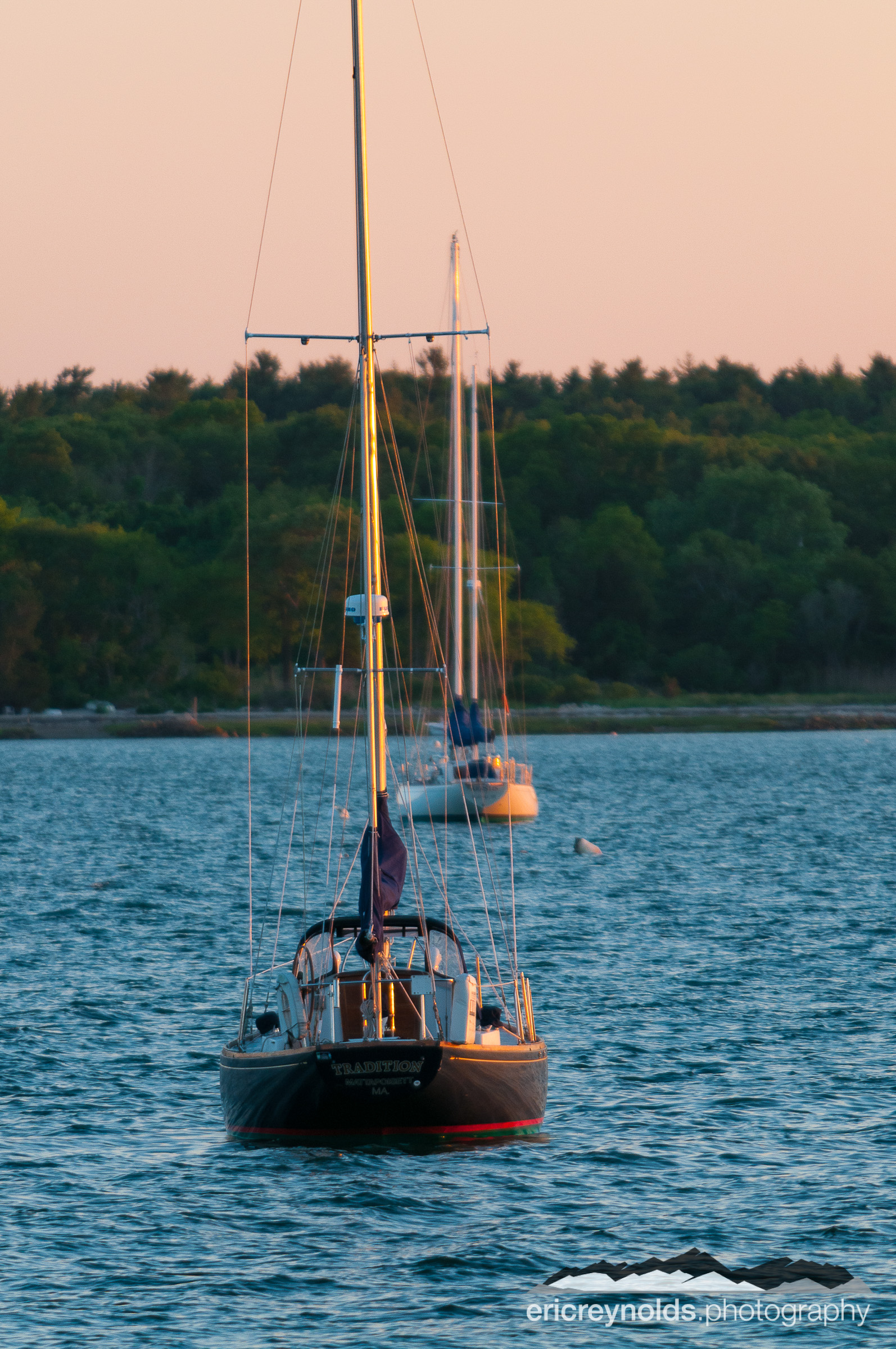 This photo is named after its main subject, the sailboat Tradition. It was taken at Ned’s Point in Mattapoisett, Massachusetts. The sky at Ned’s Point has a characteristic pink-orange glow during most sunsets. This was taken the last night of visiting my grandparents. As was tradition, we would go down to the harbor to see at least one sunset.