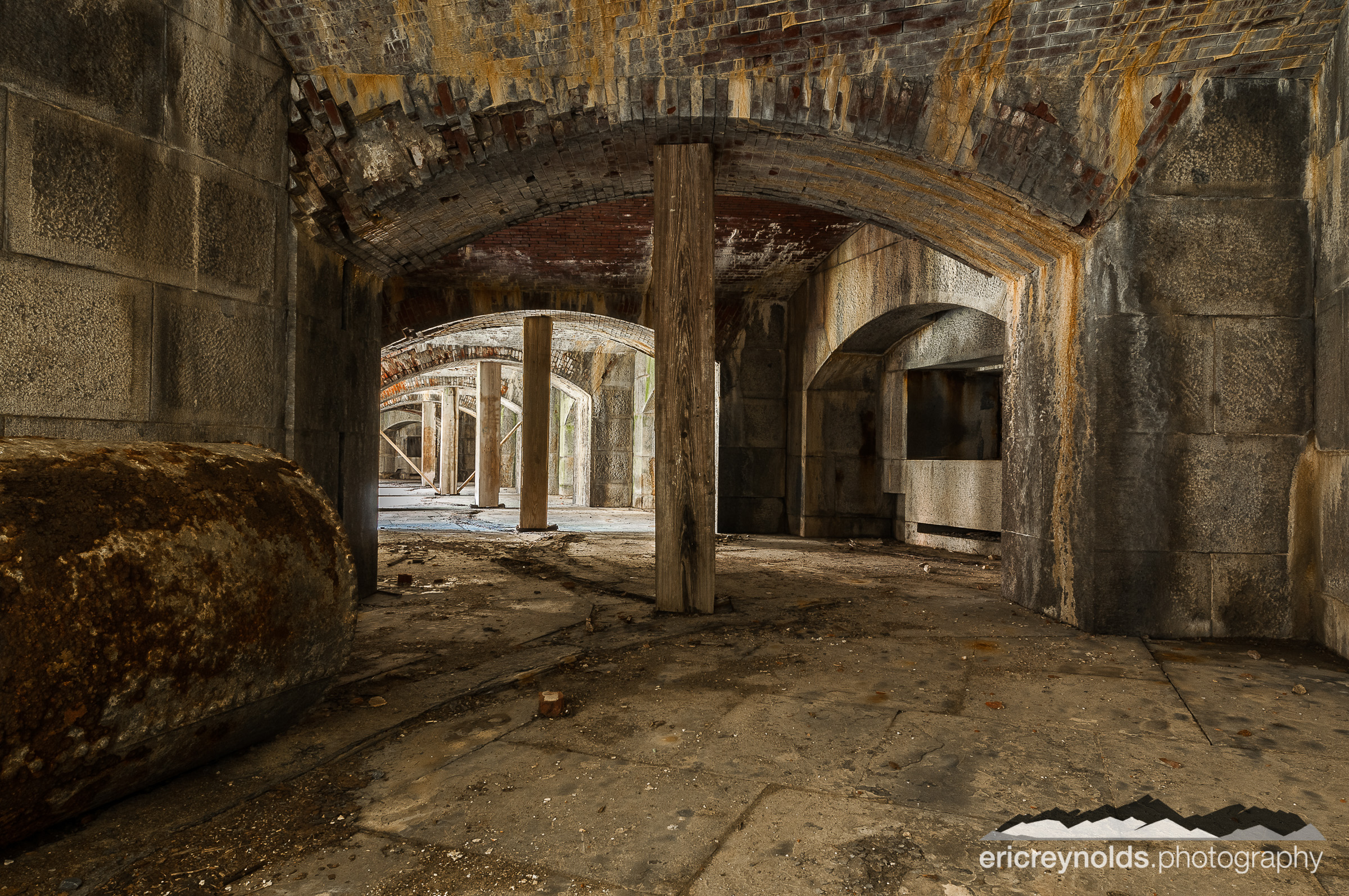 The Civil War era structure of Fort Rodman, also known as Fort Taber, is now an attraction that draws thousands of visitors to itself every year. It was my first time being inside the fort, with its tangible history and tunnels. I went with my grandma, who was a bit apprehensive about entering, but once we went in, we both agreed it was pretty amazing. A World War II re-enactment was taking place the next day, so there were people dressed for that time period and vehicles from the war era as well. This was a 3-shot HDR image in order to bring out the details in the shadows, but not burn out the highlights.