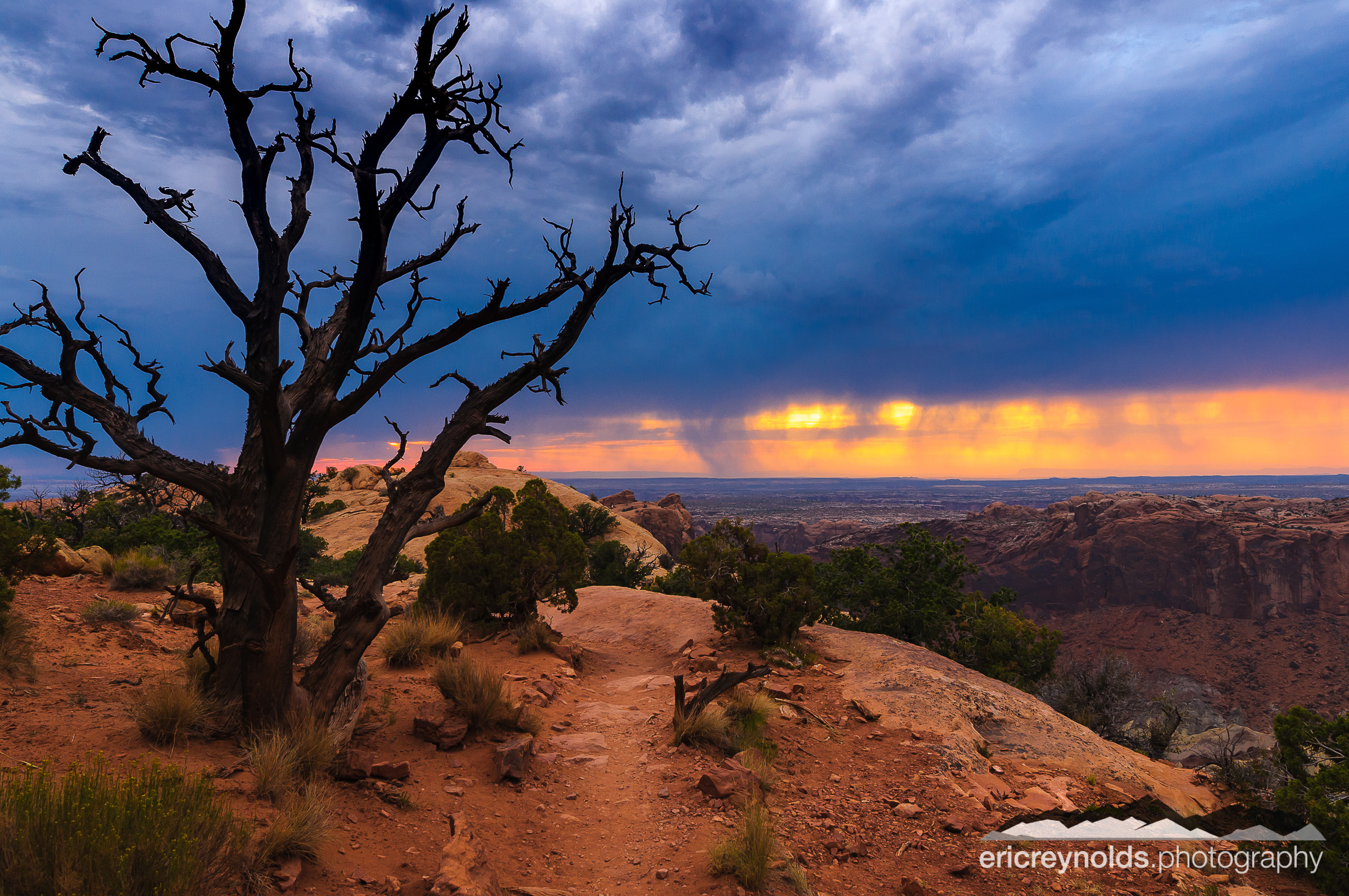 Finally shooting one of the most sought after photography locations is worth sharing. This is how I captured my own Upheaval Dome shot.

What a name. Upheaval Dome is exactly what you’d expect from the name. A massive dent in the earth’s surface. Surrounded by jagged rocks and other drastic geological structures, it’s home is one of the most sought after landscapes in the country (from a photographer’s point of view anyway).

Upheaval Dome is a deeply eroded crater, and while the term “crater” is not used traditionally in this sense, the ridges, disturbances, and other features of the rock give it its characteristic “crater” appearance.

In order to get this shot, I had to hike through rough terrain, dodging the occasional lizard and keeping my eyes peeled for mountain lions as the boulders provided prime hiding places. I was racing an approaching storm, which paid off in my shot.

My favorite thing about this shot is the dead tree on the left. It signifies the area. It’s knobby branches reach up above the crater and tell their own story. Set against the oncoming storm that highlights the contrast and colors of the sunset, it almost speaks: even a difficult terrain yields a beautiful landscape.