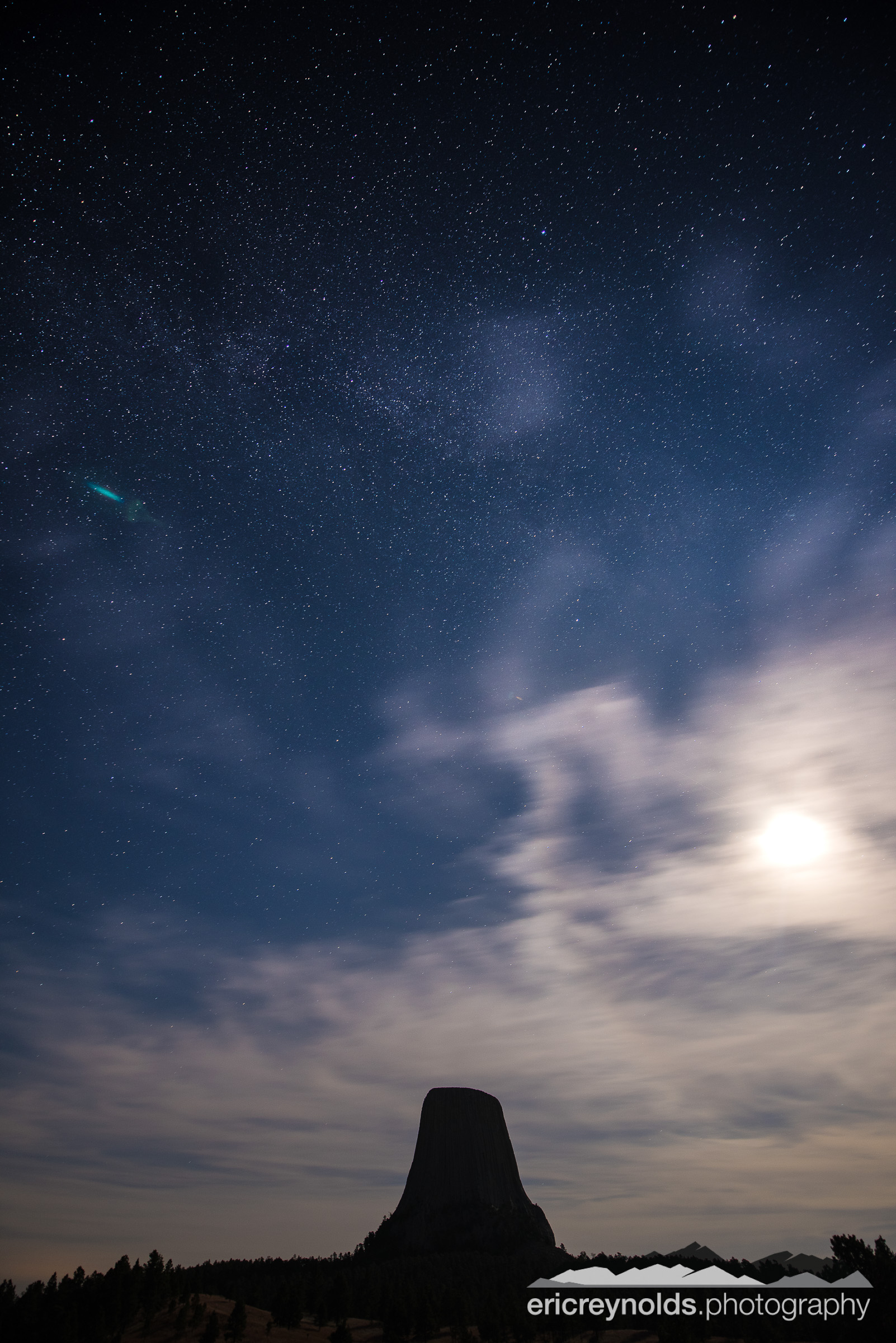 Order "Beam Me Up" Prints

Okay, so maybe the “UFO” is a lens flare. But I won’t tell anyone if you don’t! Besides, this wasn’t the first time someone has imagined a spaceship hovering around the tower (Devils Tower was used as the main location in Close Encounters of the Third Kind). This shot of Devils Tower was taken from the W Road overlook, one of the best unobstructed views of the tower. I’ve wanted to capture a night shot of the tower for a long time and was hoping to feature the Milky Way. On this particular night in October of 2015, the moon was a touch too bright for the Devils-Tower-Milky-Way shot of my dreams. However, I was pleasantly surprised with this moonlit print. So, UFO or not, this shot can awaken the believer in all of us.