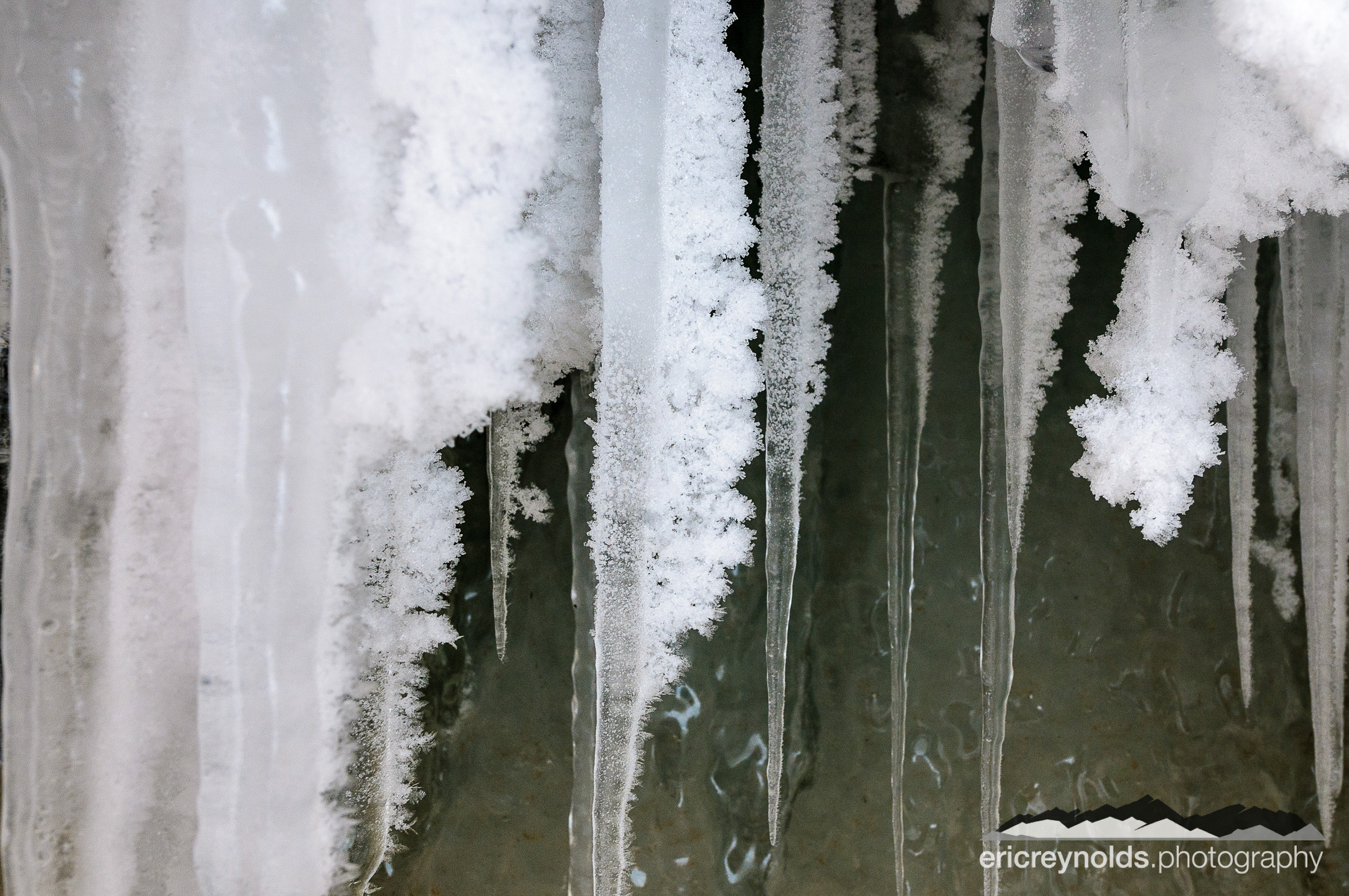 Hoar frost is created when the air temperature is so cold that even fog freezes. This is a close-up shot of hoar frost that formed on icicles that had formed on the ceiling of one of the Apostle Islands Sea Caves. This happened to be a small cave that blocked the strong wind coming off the lake. Therefore, the frost was preserved. I found it very interesting that the frost appeared to grow from the top of the icicles, downward.